Unity, Cohesion, and the Re-Search for the Indonesian Identity

The motto Bhinneka Tunggal Ika, or “Unity in Diversity,” has become part and parcel of the Indonesian state. The motto, being derived from the ancient poem Kakawin Sutasoma, written by Mpu Tantular in the 14th century Majapahit, not only describes a condition of tolerance, but also of that of fusion, the creation of a new identity out of the merger of its several formers (Aghababian, 2015). Indeed, the formation of the Indonesian identity is a fusion process of thousands of ethnicities, religions, and cultures, and languages into one unified identity. Emerged in the early 1900s and reached its prominence by the 1920s, the Indonesian nationalist movement had not only defeated Dutch colonialism but also succeeded in overcoming historical ethnic and religious differences between the Indonesian populations within a span of half a century, at least, that is how most Indonesians would like to believe (Brown, 2004). With the disappearance of a common foe and the slow dismantlement of the heavy-handed government in enforcing the unity of this diversity, the Indonesian identity is dangerously questioned and even attacked as time progresses. This article believes that the current existing concept of the Indonesian identity is inadequate to combat the slow degradation of the Indonesian unity and, therefore, in need of a more tangible or at least a form of enforcement to transcend the identity of the Indonesian people.

It is entirely disingenuous to give full credit to the establishment of the Indonesian nation without considering the impact of Dutch colonialism in itself. Although several institutions do provide the ability for the inhabitants of the Indies from various demographics, the communities remained socially and politically separated at most. It is upon our common hatred and discontentment to the Dutch colonial regime that has yet created a new identity for ourselves as the Indies people. The first modern movements, such as the Boedi Oetomo and the Indische Partij, were primarily made due to the concerns towards the existing Dutch government and were founded upon traditional Javanese culture and virtues rather than an expansive nationalist identity. It was not until the Sarikat Islam began to enter the political arena and captures a broader audience beyond ethnic boundaries, making Islam its first transcendent identity of the Indonesian movement before such nationalist identity was even formulated. Moreover, the sentiment for an independent Indonesia was never made into its primary policy before the organization falls into a great schism between Islamists and socialists within (Brown, 2004).

It was not long until Indonesia proclaimed its independence in 1945 that cohesion decreased over the years. From communist uprisings to Islamist revolts, even to that of local separatism and federalist rebellions, with some would last longer than others (Brown, 2004). Upon reinspecting the events that had yet taken place, it becomes more apparent that upon establishing the Republic itself, the question of how, what, where, and who remains to be in great contestation. However, of course, the main issue is again upon what makes us all Indonesians. A critique against nationalism, Evola (1995) argues that modern nationalism is a bond that is not based upon natural unity but that of an artificial and centralizing one. The condition in which authentic tradition and qualitative articulation have diminished, thus the sense of nationality is only built upon pure quantity taking its population as mere masses. Nevertheless, despite the fact of relation to the artificial construction of this new entity, the power of myths, and confusion of ideas that hold together the given group, this entity remains open to possible influences that make it act according to a general plan of subversion.

Indeed, as seen upon the phenomenon of rebellions right after the proclamation of the Republic in itself, Indonesia has suffered upon its artificial creation of nationalism developed during the Dutch administration. Our common discontentment towards the Dutch has become the main foundation of our sense of nationalism. However, with the absence of a real commonality and the growing societal and economic gap among the populous, it becomes clear that the next expected event would be possible subversions and influence that impacted significantly upon the very cohesion and even question of the Indonesian identity once again (Hidayat, 2017). There is, however, among all of the issues surrounding the establishment of the Indonesian identity, a beacon of hope for its future existence.

In October of 1928, a new lingua franca was declared by the Second Indonesian Youth as the language of unity for the new national identity. Adopting the Malay language as its basis, it was far from being the universally understood language in the Indies, with only 5 percent of its population being its native speakers. For most sociolinguists, the success of the Indonesian language is in itself a “miraculous” process in which an outside language was successfully adopted and become a significant integrative, inter-ethnic, unifying tongue. It became an essential element in the process of integration; for some, even, it may be considered as ‘…the most important single ingredient in the shaping of the modern Indonesian culture’ (Sneddon, 2003). Undoubtedly, the Indonesian language has played a major impact in realizing the Indonesian identity itself and has further contributed to the growth of the nationalist movement during the Indonesian independence. But language, on its own, does not protect identity from possible outside influence and subversion and relies upon far more grounded ideas to the Indonesian nationality.

The Pancasila plays a major role in creating the foundation of the Indonesian identity, maintaining a significant balance between the material and the spiritual, the individual with that of the communal. It was meant to be an extraction of the Indonesian values and characteristics, part and parcel to that of the culture of the population instead of an alien doctrine, or to use Evola’s term, the authentic tradition and qualitative articulation of the Indonesian people. One of the significant issues to the Pancasila is how no common interpretation can be made upon what and how the Indonesian nation and the Pancasila itself can be fully implemented. Even upon re-visiting the difference between that of the interpretation under Sukarno’s government and that of Soeharto’s has led to a major shift from an ideology that pushes constant change and a perpetual revolution into a rather static ideology. Indeed, many had suggested that the P4 program under the New Order was directed more towards maintaining stability and unity rather than a form of guidance to which the Indonesian state will go in the future (Morfit, 1981; Syamsuddin, 2015).

This conclusion was mainly attributed to the losing confidence of the government towards its capabilities and that the events surrounding the years before the implementation of the P4 was started caused great concern and uncertainty towards the continuity of the ruling administration (Morfit, 1981). In fact, it was seen that the legitimacy of the Pancasila or at least the actual application of the Pancasila had become further exacerbated since the fall of the New Order and the resignation of President Soeharto in 1998, which has unfortunately also dragged the common sentiment towards Pancasila down with it. There is a disappearing mysticism and grandiosity of the Pancasila and the nationalistic sentiments that were also taken out during that process. Societal change, both with the great influx of liberal to further left-wing ideological tendency since the Reformation Era, countered by the growing support for Islamic fundamentalism on the other hand, which many have considered as a preferable alternative to the declining Pancasila as a national ideology and philosophy. Moreover, economic instability and by the end of the 1990s and its impacts afterward created a somewhat weary populace, losing all of its once possessed spirit for self-movement and change. Thus, the Pancasila became nothing more than a dying artificial unifier (Brown, 2004; Hidayat, 2017; Kuntowijoyo, 1987).

In discussing the motto Bhinneka Tunggal Ika, we tend to stop the discussion at the concept of differences. That our uniqueness as a nation only ends with the factor of diversity. But contrary to most, it is in fact that despite our diversity in various backgrounds that we as Indonesians can finally transcend ourselves beyond such petty differences and are united as Indonesians that meant to make us as a nation utterly unique, unlike no other. Upon this fundamental condition, we, as the next generational Indonesian, stood today—a nation in dire for the reinforcement of commonality and transcendent identity. In recent decades, the rise of identity politics, the continuous bloom of corruption, and the growing internal sentiment to support foreign influences and subversive movements are just some out of the many conflicts that Indonesians must withstand and find a solution to in the end. Indeed, the lingua franca of the Indonesian language is a factor that may have kept us together for now, but the lack of cohesion and a shared identity beyond that among us is, in fact, dangerous at best. Being the only commonality and primary foundation of the Indonesian identity, there is a need to reinforce our trust and implementation of the Pancasila once again, for the Pancasila is not only a byproduct of which were made by the people of high above in the stairs of power but rather the very essence of what the Indonesian man was meant to be.

Aghababian, A. (2015, September 1). The Kakawin Sutasoma: A Look at Bhinneka Tunggal Ika and Perceptions of the Text’s Religious Implications. Inquiries Journal. http://www.inquiriesjournal.com/articles/1142/3/the-kakawin-sutasoma-a-look-at-bhinneka-tunggal-ika-and-perceptions-of-the-texts-religious-implications.

“Life can only be understood backwards; but it must lived forwards” 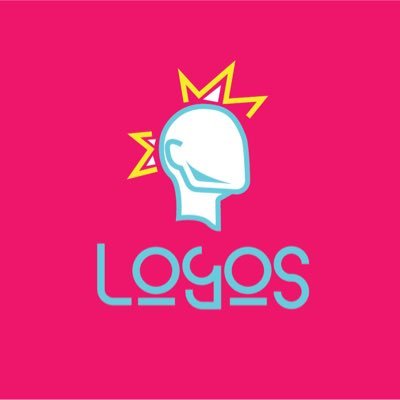